Building Men Or Cathedrals for God? 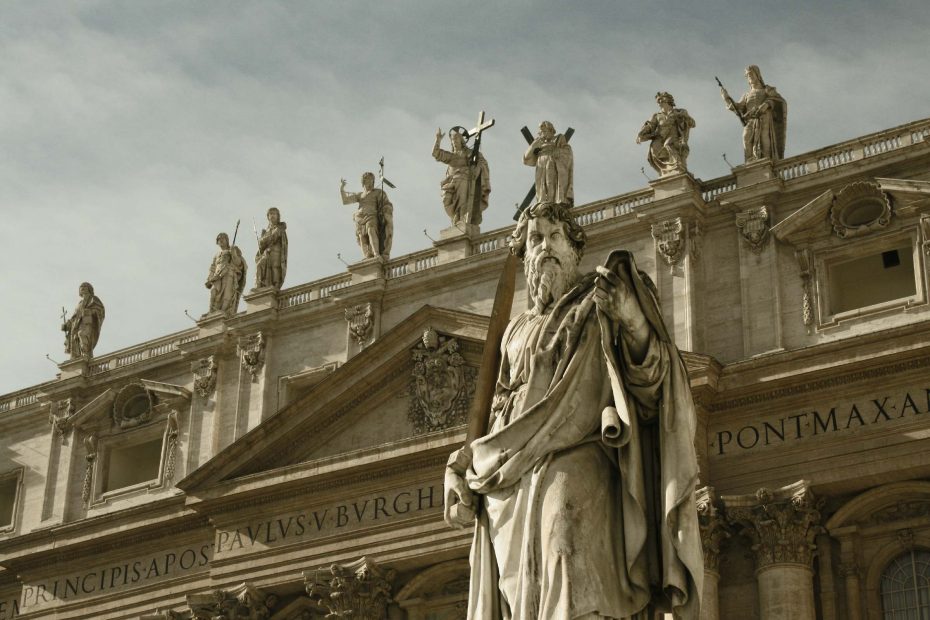 God called Abraham to build a dynasty of men who fear Him. Abraham did not only understand this vision of God; he gave his entire life doing it – teaching his children, servants, slaves, and descendants the way of God.

Heaven bore witness to this success in the core vision of Abraham’s calling and ministry. According to God, “… for I know him (Abraham), that he will command his children and his household after him, and they shall keep the way of the Lord, to do justice and judgment; …” Gen.18:19. Abraham was so consumed by this vision and its implementation that he refused to build permanent houses of his abode or for God’s worship. He went ahead to put down a code for his descendants that they should permanently de-emphasize building physical structures. Rather he spent and was spent, building men – the temples of God. The Holy Ghost, while chronicling the heroes of faith highlighted this practice of father Abraham in the commendations. It says “by faith he (Abraham) sojourned in the land of promise as in a strange country, “dwelling in tabernacles with Isaac and Jacob”, the heirs with him of the same promise: “for he looked for a city which hath foundations, whose Builder and Maker is God“. (Hebrews 11:9-10 emphasis mine).

In the New Testament, the scriptures emphasized that God’s temple is not the cement and marble works dotting everywhere as cathedrals, synagogues, church auditoriums, etc. These undoubtedly are places where men gather to worship God. They are our temples. But the temple of the Holy Spirit is the entire body – spirit, soul, and (physical) body of the man. 1Cor. 6:19 says, “What? Know ye not that your body is the temple of the Holy Ghost which is in you,”.

In man (God’s temple), does God find expression? In man’s heart, God is worshipped, sanctified, and honoured. Man believes, reflects, and represents God on earth. Man is the image and demonstration of God. God expresses Himself in and through man. Finally, God (in Christ) is coming back to redeem and rapture man. Of all He has invested into the earth, God is coming to reap man – him alone.

The above being the truth, the Church of today seems not to understand God’s priority. Our emphases are riveted on building physical structures – exotic cathedrals, marble altars, golden pulpits, layered mahogany floors, and so on. So much of God’s given resources are expended on erecting competitive structures and state-of-the-art electronic and musical equipment. While these exotic worship centres and apparatus may be good for us human worshippers, they are far from the agenda and priority of God. He made father Abraham understand, God, desires us to build quality men, lives in whom the Spirit of God dwells actively, and who are bubbling with their joy of salvation. God wants buildings of men who are saved from their sins, whose broken hearts are bound (Luke 4: 18).

The most bizarre fact, and indeed very worrisome, is the abounding presence of poverty-stricken, heartbroken, sometimes hell-bound, tear-filled, bitter men and women within, and surrounding the neighbourhood of these gold-plated cathedrals. So many persons are mourning in our midst. So many are hungry and cannot pick their bills. Very many persons who worship and fellowship with us are near to cursing God because of difficulties. If God has increased our wealth, did he not do so to Abraham? Abraham, Isaac, and Jacob were stupendously wealthy. But these fathers of our faith refused to be dragged into building high physical structures, neither for God nor for themselves. They majored in building men.

Are good buildings for worship or even for a living bad? – Never. They are right when we recognize that God who gave us the wealth will only come for men – His temples. In place of the significant expenditures on exotic cathedrals today, if we spend much of the resources meeting the needs of the many in our midst and around us, many will be saved, restored, and rekindled.

A young spinster who finds it difficult to pay her rent for the one-room apartment will sing across the night if “God” through someone picks that bill. The faith of pastor’s children will repose on their father’s God if “God” uses the Church, or any member, to build them a three-bedroom bungalow, as their father labours in that church that is erecting the marble cathedral.

The gospel will, without doubt, spread like wildfire if the wealth expended in exotic structures and entertainment, in the Nigerian church alone, is deployed to evangelizing, building schools, health centres, skill acquisition centres, printing gospel tracts and sending disciple-makers (missionaries) to African countries. Islam is fast spreading across Africa because wealthy Muslims and Islamic nations are using their wealth to provide these facilities to poor Africans across the continent.

After the Civil wars in Liberia and Sierra Leone, devastated most Christian legacies, especially in the education and health sectors in both countries, the Muslims rushed in with their wealth and started building Islamic schools, hospitals, and other institutions. Unfortunately, Christians are literarily absent in the reconstructions of these countries. The result is the massive turning to Islam we observed in Sierra Leone during our medical missions to that, once, the cradle of Christianity in West Africa.

The Gambia was historically said to be a Christian country. But conditional gifts from Islamic nations have successfully, officially, converted her to Islam. The wealth in a cathedral in an Ikeja Church alone can retake The Gambia for Christ. The same goes for Sierra Leone, Guinea Bissau, Liberia, South Sudan, and so on. If the Nigerian Church will scale down drastically the monies spent in exotic worship styles and equipment, and instead channel such funds to soul winning and life-improvement facilities such as schools and health centres, we can recapture, (or capture) these our African brothers for Christ.

David Livingstone, Mary Slessor, and their generation of missionaries did the same for us to be Christians today. These missionaries that brought love and life in Christianity to us, suffered deprivations and even death – all to build men in Africa for God. As father Abraham did, our fathers in the New Testament Church- the Apostles, completely de-emphasized physical structures. They prioritized and built men for Christ. Apostle Paul clearly stated that his comfort and the evidence of his ministry were the men whose lives he affected fruitfully for Christ.

Brethren, let us prioritize on men, save men, build men, beautify men and bind the many brokenhearted around us – in our fellowships, churches, communities, nation, and Africa. These are God’s cathedrals. We should always bear in mind that we are in a strange country and are looking for a city that has foundations, whose builder and maker is God. ………… 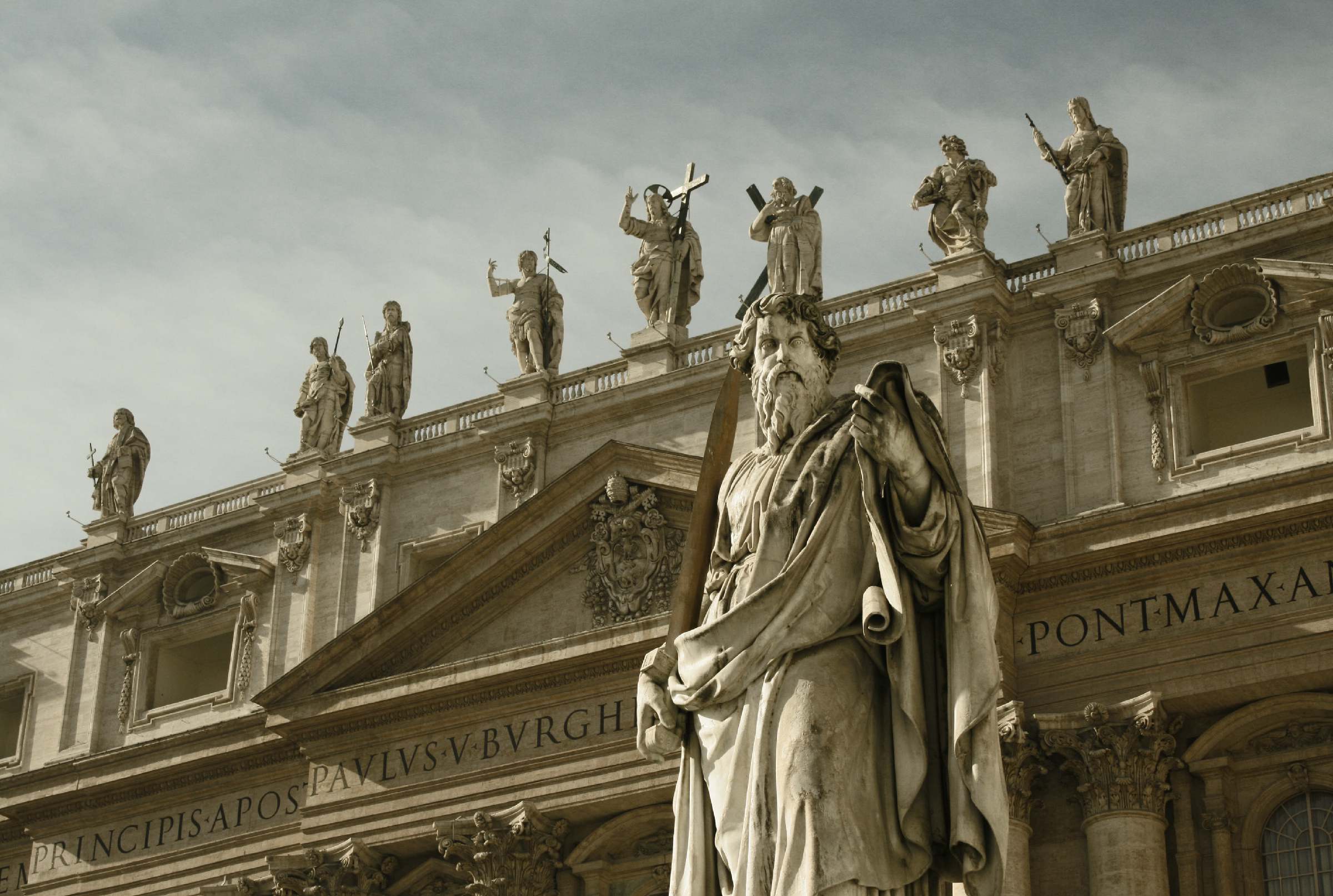